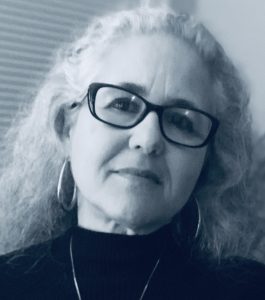 I grant you, “cowboy poetry” sounds far more lyrical and profound than “lawyer poetry,” but hear me out. We are another unlikely group of poets, who in our very improbability make sense.

Our fiction is more widely understood. After all, lawyers are by circumstance frustrated storytellers. We believe the human condition makes for compelling stories that should be told. But we are constrained by the facts as given to us, entrusted as we are with others’ stories. Fiction allows us our own tales—to be our own clients, as foolish as that may be. Thus, it never struck me as odd that I write fiction—a vehicle for inventing stories grounded in what I know. For example, my short story “Refusing Geraniums” (The MacGuffin, Fall 2012) tells the story of young lawyer Rosa Lopez, whose new job at Washington, DC’s Domestic Violence Project conjures memories of the violence in her own family. The story is drawn from one that also threads its way through my novel, The Justice Center, a mystery set in an ego-infested law firm of the same name (currently in search of a literary agent).

Poetry is another story. For years, I was mystified by this bizarre compulsion to write poems—so different from the literal earthbound-ness of both law and fiction. But at some point, bent to the task of brief writing, I stepped back and considered this: My almost ritualized rearrangement of word order in that critical first sentence; that I hear vast differences between “yet” and “still,” “sole” and “only,” “reject” and “deny”; and that I believe picking the right one is essential—the difference between victory and defeat. Thus, even in brief writing, I am driven by a belief in the transformative power of words themselves and that their combination and flow imbue them with qualities almost magical that transcend whatever Webster has to say about them. To wit: I am a lawyer poet.

My poems draw on my experience, as does my fiction, but tap emotional rather than factual knowledge. They share in common an exploration of our longing to be understood by the people we love—children, parents, lovers, friends, ourselves. Mostly, raising two magnificent sons has surprised, stretched, challenged, humbled, and inspired me in ways that demand poetry.

By day, I am privileged to represent public school and community college districts across California. It is a passion. Public schools are our last and best hope for becoming the democracy we think we are and claim to be. My partner of 40+ years, Dan Perlstein, and I divide our time between Berkeley and Big Sur, California.